Spoon's Summer Basketball League started the Bayview League, located on West 2nd St (Between Walnut and Cherry) at the Bayview Park, for 9 - 16-year-old participants who want to play basketball within the Erie Bayfront community. Parents brought to our attention that they did not want their younger children traveling up to Spoon's Court (East 19th Street) to participate. Spoon's Summer, Basketball League, wants to make sure all children, who want to play basketball in a league environment, can play.

**UPDATE** The Bayview Court season will begin on July 13th, 2021, and games will be played on Tuesdays, Wednesdays, and Thursdays. Games last approximately 45 minutes and start at 5:30 pm with the 9 - 10 division.

League play will begin on June 25 for Bayview, and games will be played on Tuesdays, Wednesdays, and Thursdays. The divisions are 9-10, 11-12, 13-14, AND 15-16. There must be a minimum of 40 players in each division to have league play to create 4 teams each. Gannon University’s Summer Community Events at the Park AND Our West Bayfront Organization will highlight Wednesday's games.

Players can only participate in ONE program!

If your child is interested in playing in the Bayview League, they can not play in the 19th street Spoon's Court League due to games being scheduled around the same time. You would automatically be assigned to the Bayview League if you signed up for both.

Spoons League supports tobacco free zone. It will become law very soon in the City of Erie not to smoke in Public Parks. Let's start with Spoons. Your help and understanding is needed. 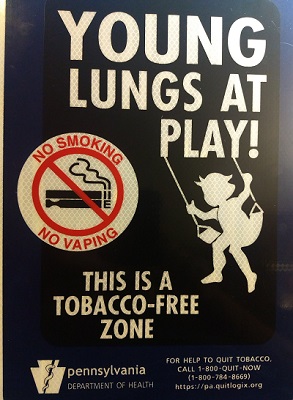 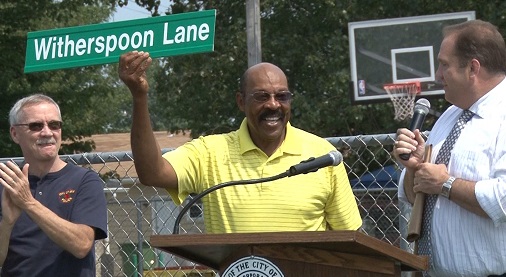 "He has made a difference in so many young peoples lives, so we thought this was a fitting tribute so his legacy will be remembered by young people to come,"